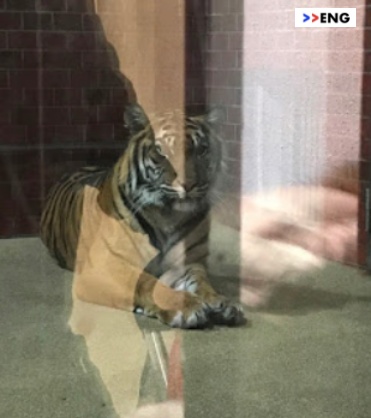 The force of events brings me back to this subject: why, in 2017, do we still take our families to spend a good time in zoos? I was struck by the news of the death of a keeper (one more) by one of the tigers she used to take care of at Hamerton Zoo Park in Cambridgeshire, England.

Among the similar cases reported in recent years are the deaths of a keeper in May 2013 in England; of a man after an escape of several animals at a zoo in Georgia, United States, in June 2015; of a 20-year experienced keeper at a zoo in New Zealand in September of the same year; of a keeper at a zoo in Florida, United States, in April 2016; another keeper in a Spanish zoo in July of the same year; and in the same month, a dead woman and one seriously injured in an attack at the Beijing Badaling Wildlife World, in China.

In some cases the “assassin tigers” were eventually slaughtered, and in others they were spared. All the zoo keepers were experienced professionals who had known, enjoyed and cared for the animals for years. But even that was not enough to stop the attack. The reason is that, in fact, the equation for keeping big cats (and wild animals in general) in captivity does not match.

The challenge of captivity is already enormous, with ethical dilemmas and incidents, in places known as sanctuaries, where the focus is on the welfare and conservation of species. In zoos, where one of the main objectives is to provide visitors with the experience of seeing a wild animal closely – as if this is possible – the challenges, and consequently the risks, become way too higher.

Michael Nichols, a photographer and editor of National Geographic magazine, produced, in 1996, a documentary on captive tigers in the United States, and his conclusion is still valid and very insightful even after 21 years. “There is just no way a predator can live that close to humans.”

Getting back to the initial question of my brief reflection, I highlight a comment from my seven-year-old daughter when she saw a tiger in a zoo on a “family ride” recently. “My God, why do they imprison such a creature?!” Surely it is time we pay more attention to this kind of pre-concept free impression, analyze facts and data, and review the way we relate with tigers, bears, chimpanzees, dolphins and all wild animals whom we pretend to keep well in captivity to provide us with good “Sunday afternoon walks”.