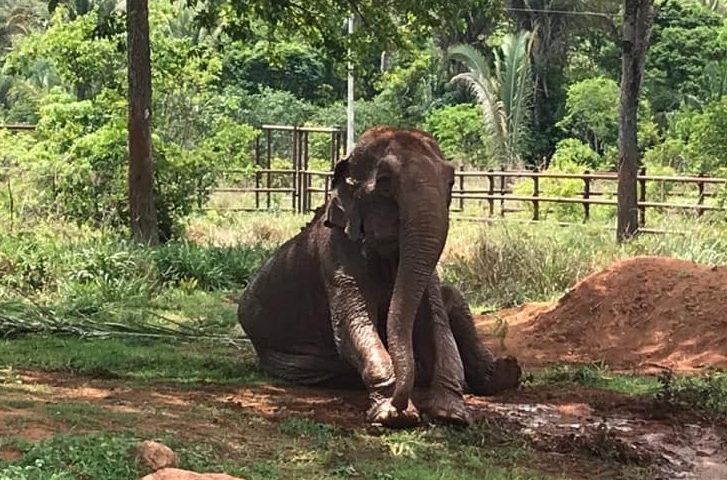 THIS ARTICLE WAS ALSO POSTED AT THE ECOLOGIST – https://theecologist.org/2019/oct/28/brazilian-judge-rules-elephant-not-commodity

Last Friday, October 18, female elephant Ramba finally arrived at SEB – Santuário de Elefantes do Brasil (Brazil Elephants Sanctuary) after a 73 hour trip all the way from Chile. If the news about her freedom from decades of captivity mistreating was not good enough, a groundbreaking decision of a Brazilian Judge was just the icing on the cake.

A few days before Ramba’s transference trip began, Judge Leonísio Salles de Abreu Junior, from the 1st Civil Court at Chapada dos Guimarães, region where the sanctuary is located in Mato Grosso state, Brazil, prohibited local Government to charge the sanctuary on R$ 50.000 (approximately US 13.000) regarding a tax on movement of goods (ICMS, the name in Portuguese). And the reason presented was as simple as this: Ramba is not a thing, not a importation good.

Abreu Junior argued that, in practical terms, Ramba was not acquired by the sanctuary nor does belong to it in patrimonial terms, so she cannot be considered as a commodity or good purchased for importation purposes.

“Her position, far from being a commodity (as she was in the life of exploitation to what she was submitted to by her former owners), is now that of a guest, who seeks for a new destination on the margins of what human evil has already caused her,” the Judge pointed in his decision.

Usually this taxation on goods is charged on any kind of animal transferences from a place to another within the country, which makes Abreu Junior’s decision a fortunate turning point. And a huge contribution for the effort of lawyers that work on non human recognition rights all over the world.

The Judge also added animal cruelty perspective to the unprecedented decision. “It cannot be forgotten that the collection of the tax, with possible customs withholding, would imply too much suffering for Ramba, enhanced by the immense physical and emotional stress caused by air transport. In addition, the structural impossibility of permanence of the animal already informed vehemently and with some concern by the administration of the Viracopos airport, where she will land to begin a road trip to her new home”, he concluded.

Ramba is 52 years old and since 2012 was living in a small barn at Rancágua Park Safari in Chile. In fact, the move to the safari itself was a Judicial conquest, as she had been being exploited in circuses for more than 30 years in Chile and Argentina.

The conditions at the barn obviously were not good enough – she was alone in a small area and dealing with the rigorous Chilean winter. After a few years of negotiation and group effort of local NGO Ecópolis, Global Sanctuary for Elephants (GSE) and the Brazilian sanctuary, Ramba’s transference for a peaceful life in an adequate space shared with other elephants was made possible.

The news from the sanctuary could not be better. “Rambita” is already sharing her living space with Rana and Maia, another guest of the sanctuary, has approached the new friend for a warm welcome. She is also enjoying deserved mud and sand baths and her skin is with a healthy reddish tone. Stay tuned to information on Ramba following SEB Facebook Page.