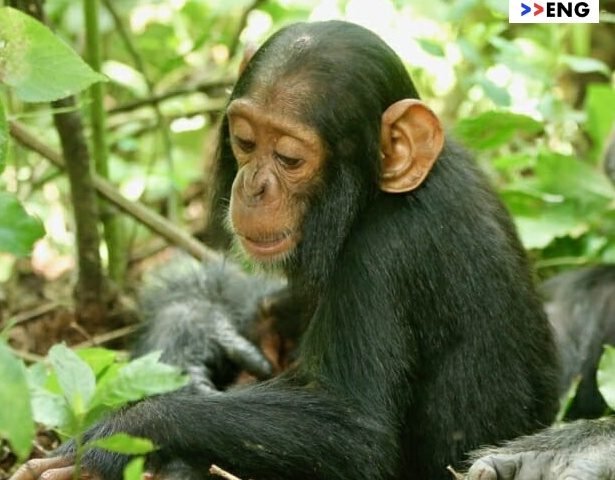 In our long term relationship with non human animals, usually men are considered the most important among all living beings. From this point of view, zoonotic diseases were always a concern. Little analytical effort though have been made to the other way round – and when animals are infected by human diseases?
The impacts of the interaction of human with other animals are too much complex and need a lot of research and thesis to be clearly explained – and hopefully result in actions towards a more sustainable model. Some scientific findings already mark the need to review our relationship with other animals.
A recent discovery by researchers from the University of Wisconsin-Madison (USA) found out that two common human respiratory viruses infected chimpanzees in Uganda, one of them being lethal. Firstly, in December 2017, the suspicion was that two outbreaks in different chimpanzees communities in the same forest at the same time, between December 2016 and February 2017, had the same cause.
But after more analysis of viral genetic material, the team led by Tony Goldberg, an epidemiologist and professor at UW-Madison, was surprised to realize that the chimps’ infections resulted from two kind of respiratory human origin viruses: Metapneumovirus and Parainfluenza virus 3.
The first one caused death in Ngogo community, in Uganda’s Kibale National Park (205 individuals, with almost 44% suffering from respiratory illness and 25 deaths) and the second was identified in individuals of Kanyawara community (55 individuals, with a little more than 69% affected, with no deadly cases).
“This was really shocking,” says Goldberg in the press-release posted by the University. “At the time, we were convinced that the same virus must have been causing both outbreaks, especially considering that the outbreaks were happening at exactly the same time.”

The man-chimp transmission
Goldberg conducts projects to study how people and animals around the world are interacting as environments change around them. In this specific case, he affirms that although people are the sources of these viruses, it is not clear how they are getting into chimps.
“It could happen in any number of ways,” says Goldberg. “Local villagers, researchers, tourists, and many other people visit forests where apes live. All it takes is one person unwittingly carrying a ‘common cold’ virus to spark a deadly outbreak in apes.”
Although it is not 100% scientific conclusive, no doubt that deforestation, destruction of habitat and uncontrolled tourism activities can be considered, in a first glance, the major villains. More men entering and destroying forests and, consequently, apes invading human areas. A dangerous scenario, for everyone.
Then it comes the importance of learning about these outbreaks. According to Goldberg, the more is known, the better prepared we will be to prevent them and to protect the health of apes.
“These are very common human viruses that circulate worldwide and cause ‘the sniffles’ in kids,” he affirms. “In people, they are no big deal unless the patient has asthma or another underlying condition.”
In chimpanzees, however, the viruses were much more virulent, as long chimps do not have immunity against them. “The chimps cough and sneeze and lie on the forest floor looking miserable. And they lose a lot of weight. It’s a horrible thing to see. It’s heartbreaking to watch these animals suffer, not only from the disease but also from grief over the loss of members of their society”, tells Goldberg.